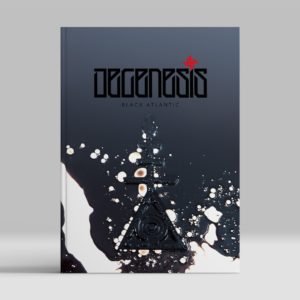 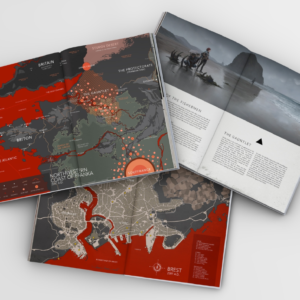 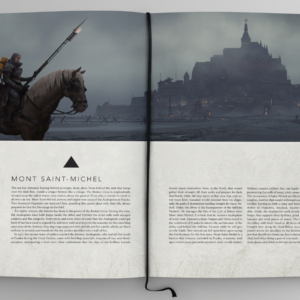 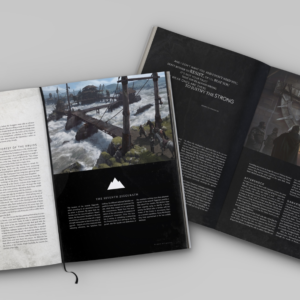 WORLD SHIPPING: If you need we ship outside Italy, please contact us, since a shipping is included to Italy only. We can ship anywere in the world, but we will need to calcutale the shipping costs accordingly to your destination, if outside Italy.

Briton. The end of the world. A rugged coast, a free people. Anabaptists and their chapels, as far as the eye can see. Wheat is in full bloom and peace hangs over the land like a benevolent veil. The influence of Souffrance is but a distant echo. It is a place defined by its legends. But whosoever wipes away the dust of the story, quickly discovers that underneath a web of unhealed scars lays hidden. An invisible threat is on shore leave. For five hundred years it has been waiting, relentlessly biding its time, snaking along the coastline. Now the moment has come and it can finally leave the water.

This book contains the truth about northwest Franka, the sixth Chakra, as well as the machinations of the Marauders . It offers new possibilities for seasoned players to unravel the mystery of Jehammed’s will.

The chapter “STARFIRE” introduces Briton’s epic history, describing the country, its people and their conflict with the Primer spawn. It also provides the scene and starting point for the present story.

“BURNT IDOLS” unleashes the destructive forces hidden in Briton and sheds light on the dramatic events unfolding in the background. The adventure “BLACK ATLANTIC” sends players on a merciless odyssey through Briton, where they are confronted with dangers of past, present and future.

“THROWN TO THE GODS” provides a brilliant end to the campaign and details what is to come. BLACK ATLANTIC combines the strengths of a regional sourcebook with a variety of background information for a scenario that can instantly be played. It lays the foundation for one-of-a-kind gaming sessions on the northwest coast of Franka. At the same time it ties up loose ends of previous narratives and foreshadows approaching events in the world of DEGENESIS. 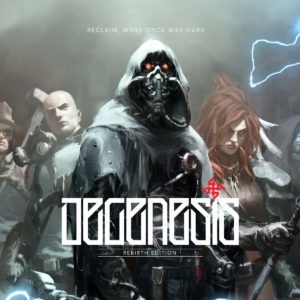 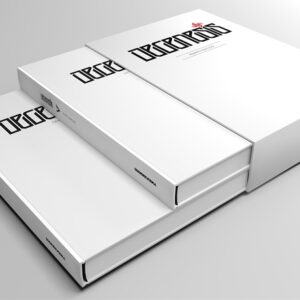 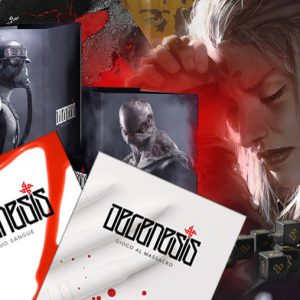 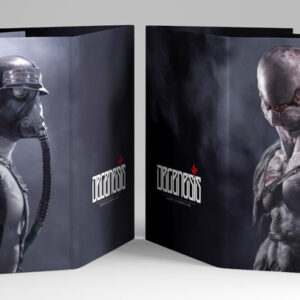 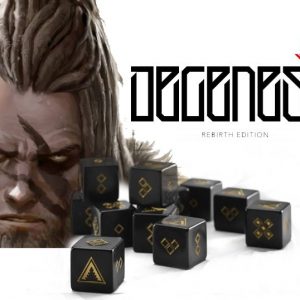 This website uses cookies to improve your experience while you navigate through the website. Out of these, the cookies that are categorized as necessary are stored on your browser as they are essential for the working of basic functionalities of the website. We also use third-party cookies that help us analyze and understand how you use this website. These cookies will be stored in your browser only with your consent. You also have the option to opt-out of these cookies. But opting out of some of these cookies may affect your browsing experience.
Necessary Sempre abilitato
Necessary cookies are absolutely essential for the website to function properly. This category only includes cookies that ensures basic functionalities and security features of the website. These cookies do not store any personal information.
Functional
Functional cookies help to perform certain functionalities like sharing the content of the website on social media platforms, collect feedbacks, and other third-party features.
Performance
Performance cookies are used to understand and analyze the key performance indexes of the website which helps in delivering a better user experience for the visitors.
Analytics
Analytical cookies are used to understand how visitors interact with the website. These cookies help provide information on metrics the number of visitors, bounce rate, traffic source, etc.
Advertisement
Advertisement cookies are used to provide visitors with relevant ads and marketing campaigns. These cookies track visitors across websites and collect information to provide customized ads.
Others
Other uncategorized cookies are those that are being analyzed and have not been classified into a category as yet.
ACCETTA E SALVA
Powered by